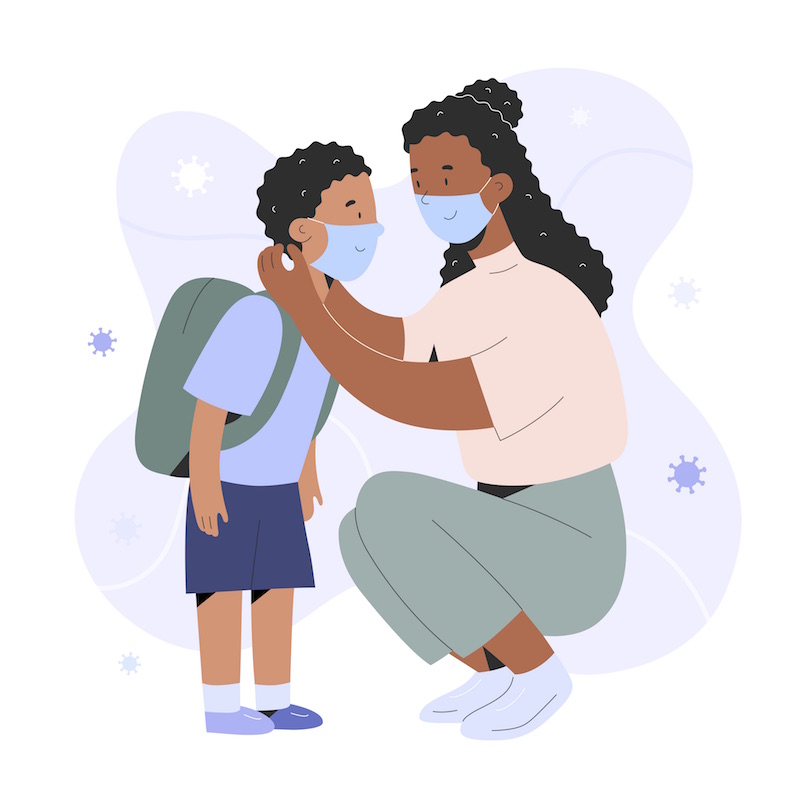 Normally, the return to school is accompanied by funny memes where parents are happy to leave children at the school door and run towards freedom, while the teacher is left crying with the task of dealing with a lot of kids bursting with energy for the next six hours. But this return to school has been so shocking and out of the ordinary, that the memes show both teachers and parents in a whirlpool of mixed emotions and half-baked solutions.

This atypical beginning of the school year has brought challenges that are sometimes seen as impossible to solve. The return to school is beginning to look like a Halloween movie where we cannot imagine the last scene without feeling chills. We all want a different ending, but even so, terror is on the scene.

As an immigrant, I was amazed the first time I saw an elementary school with just over a thousand students. Painted Sky Elementary School was bigger than the university I attended. “How wonderful!” was my first thought.

Later, when it was time for my children to attend that school, I began to discover the challenges and disadvantages that these gigantic class sizes had.

By doing a little research, I discovered why the schools are so big. It is about saving administrative resources and offering many more possibilities to students, such as: sports, art, music, etc. And yes, it works well for some, but it is also true that other students, especially low-income and those of color, are adrift in that sea of ​​opportunities. In addition, the enormous number of students in each school has made it very difficult to control a virus situation like the one we are facing right now.

While having smaller schools raises administration costs and could deprive students of some opportunities, it is also true that it creates an environment that benefits students, their families, teachers, and communities. So I hope that some will agree with me when I say that when it comes to education we should not think about saving a penny.

In the shadow of COVID-19, I found another downside to large schools. For the districts, controlling this virus has been a daunting task. The amount of contagion possibilities is exponential in these huge schools. So the obvious question is: Would it be easier to control infections if schools were smaller? That answer should be given by an epidemiologist, but as they say in my town: “A ojo de buen cubero” it seems that the answer is yes.

As an example, look at the case of childcare providers. Since social distancing began, these establishments have continued to work, as they are considered essential. Although they have worked very modestly, they have taught us that numbers do matter, and not only when it comes to having better control of the virus, but also when it comes to giving parents a little peace of mind. Daycare centers, unlike schools, handle much smaller groups of children which helps control the spread of the virus. The gigantic schools, for their part, put school districts in jeopardy in their efforts to minimize the spread of COVID 19.

What would back-to-school look like if schools were smaller? Perhaps the probability of contagion would be lower, the spread easier to control, and the return to school would be less complicated than it currently is.